Friday night, 7pm. First German climbing night! Plan: Buy beer, sausages and get the german climbing community from Timisoara to know each other! Not German like, people did not all appear at point 7pm. But after a certain amount of time approximately 20 climbers from all over Germany gathered at the gym to have a good training session!

The Banater Zeitung newspaper arrived aswell! Doing interviews and they even filmed several climbers! But they left the gym pretty early in the evening around 8 pm. After the film crew left the gym the daily situation of climbers helping out climbers to solve bouldering problems together came back. 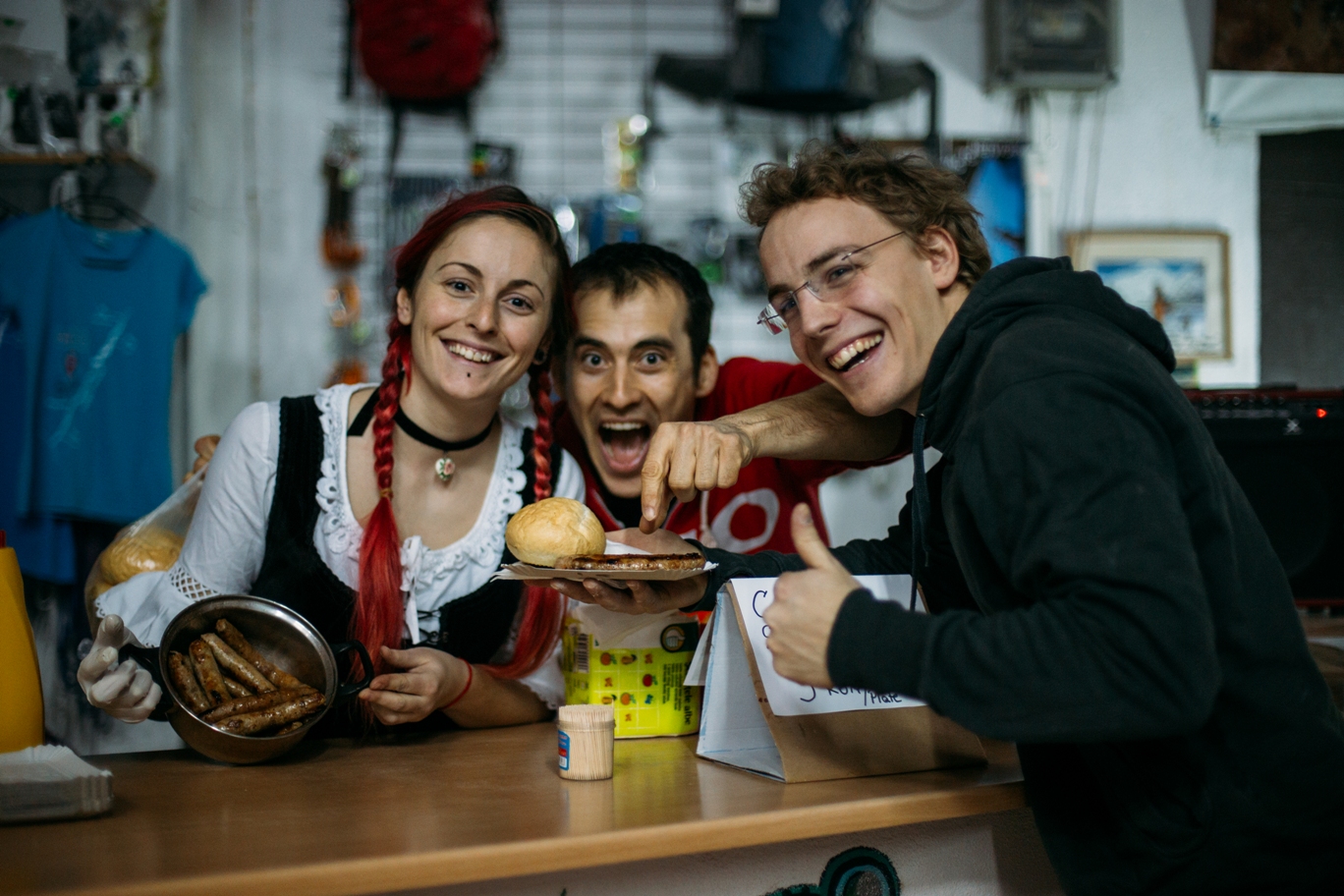 As soon as the energy level dropped it was only a question of time till the first „Paulaner“ then was opened. Andi started to grill some sausages for the hungry sportsmen and women. The beer was consumed quickly so finally the light level turned lower, the music was turned louder and the disco light went on. 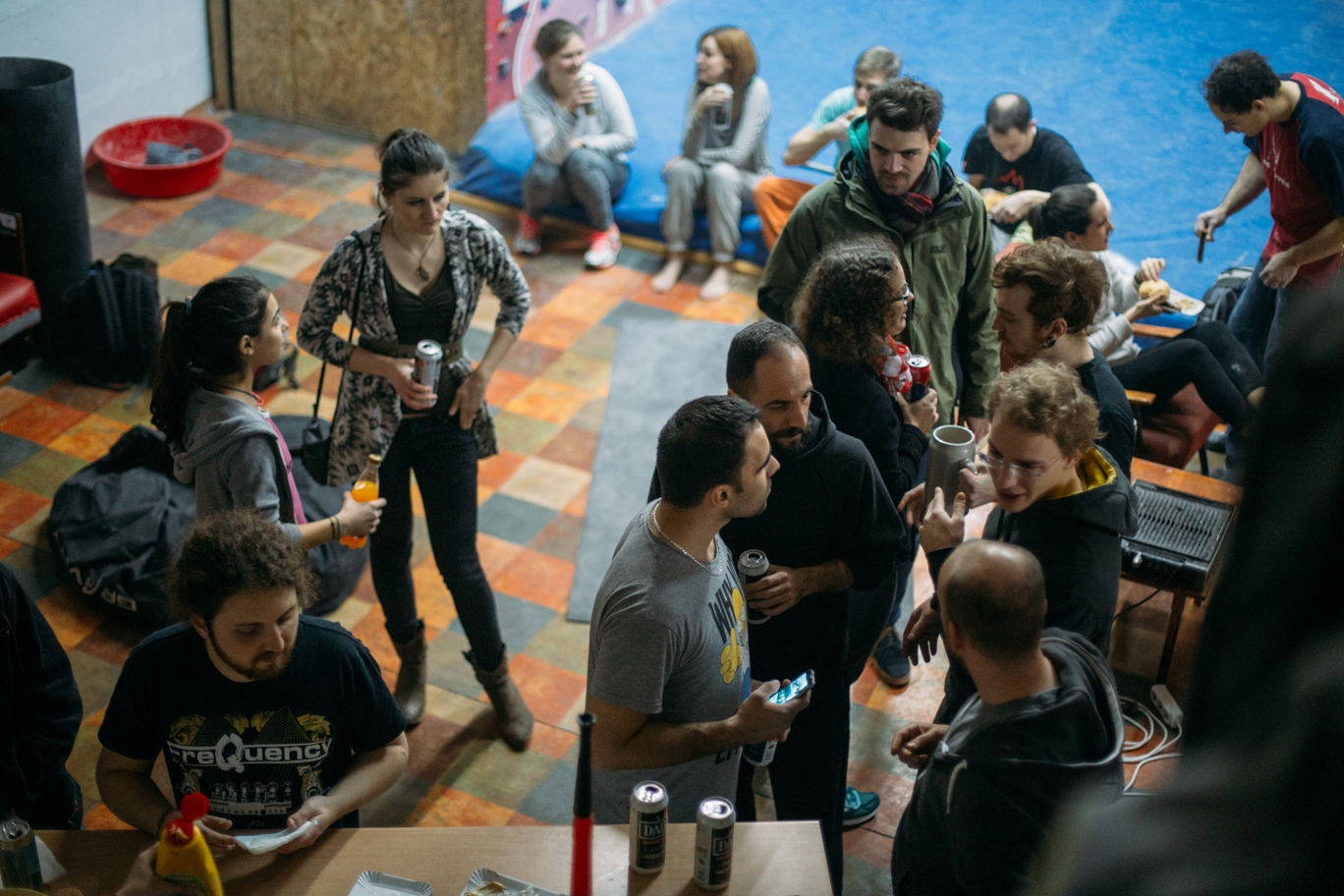 Meanwhile Adi and Maty gave a climbing show, to present how persistent training can improve the bouldering skills! Around midnight the last german guests left the gym but since romanian people know how to party harder, the last climbers left the „sala de catarat“ at 3 am. All over it was a wonderful idea ready to be repeated anytime! 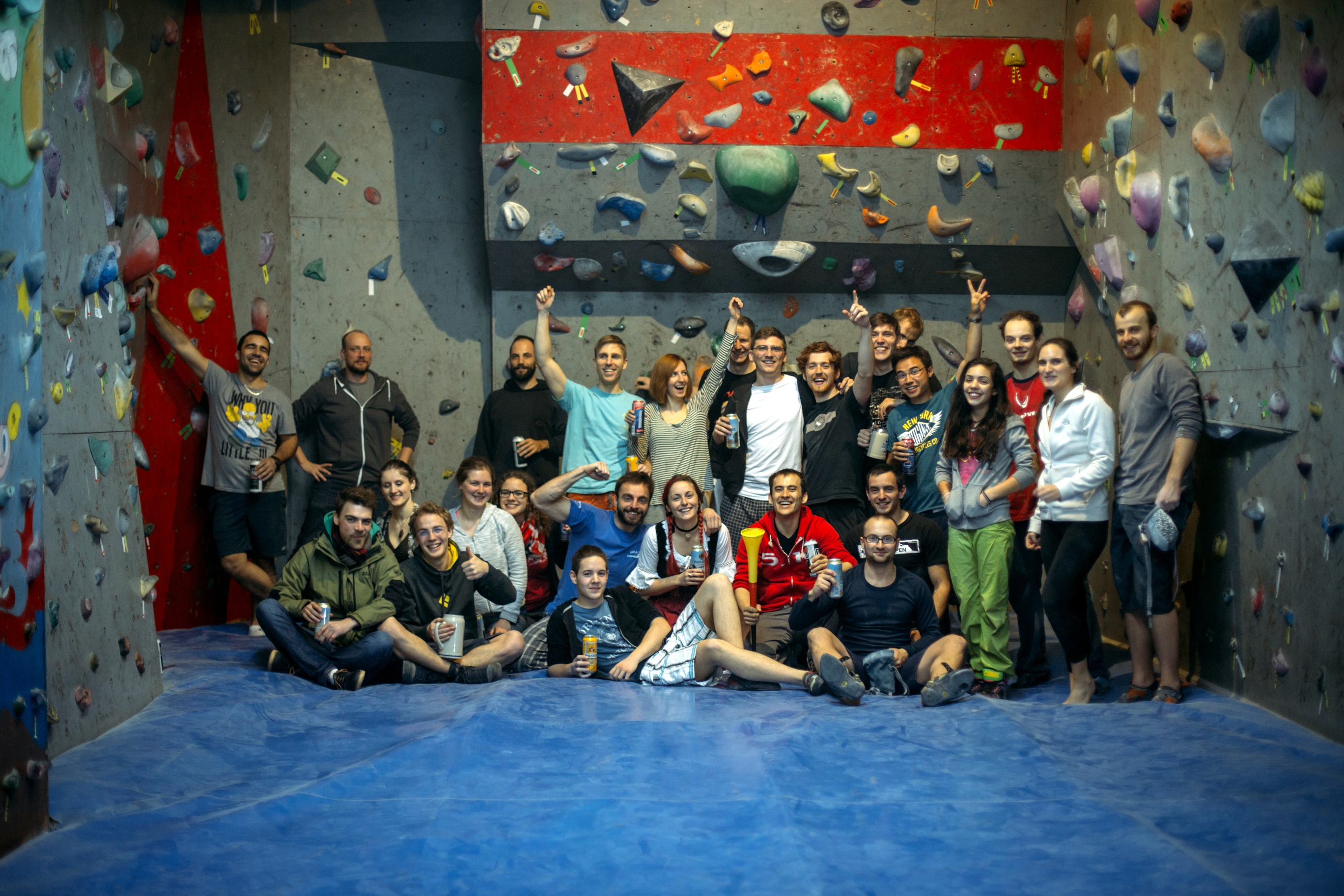